Having Kids is the Worst Thing You Can Do 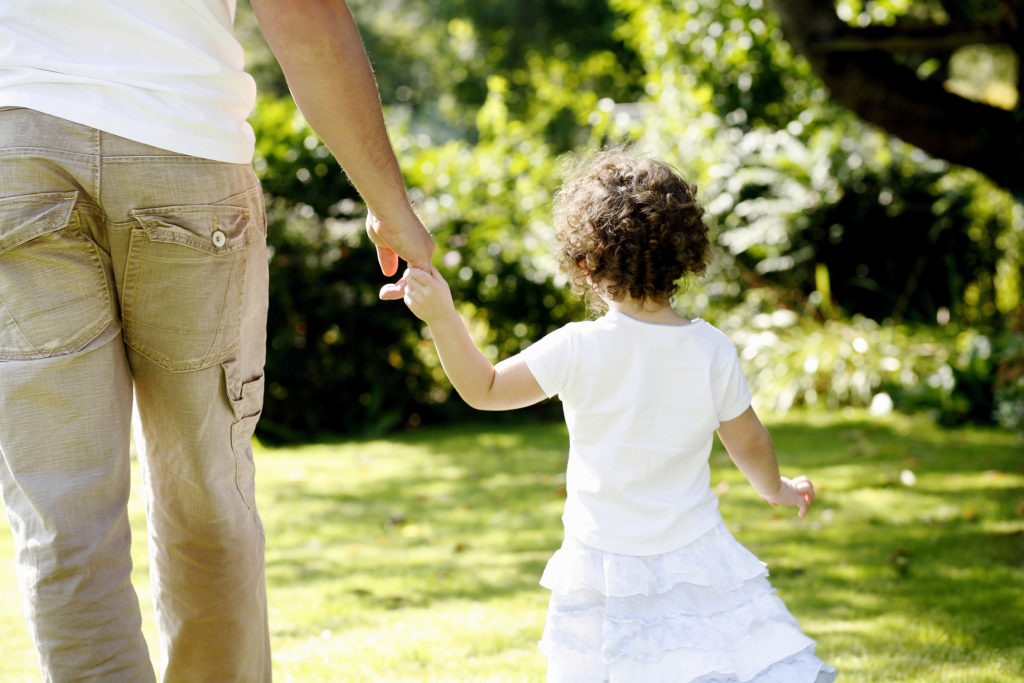 A few articles have been doing the rounds lately, based on this study for Demography magazine, analysing data from Germany, and drawing the controversy stirring headline that “Having Kids Is The Worst Thing You Can Do” and, needless to say… it got me thinking.

It’s a very controversial topic and I can’t help but feel these articles are missing something essential: balance.

While I am not going to analyse the accuracy of this study in the slightest I will talk from my own experience and hope other parents relate.

I don’t believe in the “happy accomplished parents with brilliant careers and perfect children” stereotype that the media sells us and so many feel obliged to portray on their social media feeds. Life isn’t always happiness and roses but it’s not completely doom and gloom either.

I am, though, glad that the conversation has been opened. There are increasing articles acknowledging that it’s bloody hard being a parent, it’s not always possible to smile and look like you’re modelling for a Perfect Family catalogue. In our speed driven society we have so many distractions and demands that it is often hard to just pause, stop and reflect or contemplate life itself as it’s unfolding!

My Initiation to Parenthood

We had our son in our thirties, after some struggles with health and fertility issues. I felt I wanted a child. Everyone else around me seemed to having children very easily. This left me with a bitter taste because I felt I wasn’t capable to deliver what my gender does best on this Planet: be a mother.

Luckily my fertility problem was far less severe than that of other couples who have to go through much harder ordeals.

I must admit I knew nothing about having children. Absolutely nothing. I am an only child myself and my main interest in life was with my career – like many other women in this century, whether “millennials” or not.

I saw around me what constituted in my perception “glamorous” couples taking pride in their children. I thought it was a natural part of life and something I too wanted to have later.

I knew nothing about the “other side” of the story. The lack of sleep, the sacrifices, the isolation, the clashes and conflicts with your other half (when you’re lucky to still have one) or with your child. The endless tantrums for the craziest reasons. Having to also pay the bills while tending to a child 24-7. The regimented life that little ones aren’t equipped to understand from the start. I had no idea that life doesn’t give a sh*t about your plans and there are so many variables at stake.

So fast forward a few years later, after a few difficulties, here came my pregnancy. I had a straightforward pregnancy, a mild to difficult labour, and managed to breastfeed, despite a few hiccups.

The first shock to my system after birth was indeed breastfeeding. I had attended an birth preparation class with the NCT.

I am unsure where I was mentally during the class. I don’t seem to have processed any information explained during those classes about cluster feeding, or sleep or anything else.

Day 3 or 4 I was exhausted, through lack of sleep during pregnancy, 16 hours of labour and not managing breastfeeding from the first attempt. As soon as my milk came in, my son started feeding every 5 minutes. It was that precise moment when I realised that I lost my own notion of independence. Sleeping became a challenge and I had a very dark night that I will remember for the rest of my life. While all the classes will tell you what to expect physically at this point there’s no preparation, not that there really could be, for the affect this can have on a new mother mentally.

I felt reduced to my primal state, a mere mammal having to attend to my cub round the clock, and mentally I wasn’t ready for that. There’s so little warning for this and it really can leave you questioning yourself – just look at the number of new mothers that are thrown into PMD by it – but it seemed that, for the longest time, talking about this element was almost taboo.

I decided to embrace this mammalian state. I took what might be considered a “shortcut” and co-slept while breastfeeding which made my life more bearable. I was and still am a bit advocate of breast feeding and when I returned to work, after my maternity leave, I was still breastfeeding.

I asked for a part-time arrangement from my boss to allow me to keep breastfeeding and spend time with my new son. He agreed (and I realise I should consider myself lucky as not a lot of companies do offer that to mothers) but it didn’t come easily or without a price…

I was often omitted from meetings. I was stripped off my team. I was given the evil eye from colleagues when I left early. There was no career evolution in sight. In retrospect this part-time arrangement was a form of a poisonous gift. Having worked so hard to reach this point in my career I felt like I was being put to one side for having dared to have a child. It was crap and, yes, I did question my choices and I know other mums have done the same.

But these were “obstacles” or “states of mind” that I overcame. I always knew babyhood, while so bloody hard was also the most beautiful part….and the shortest. I still miss holding that tiny baby on my chest. I miss the baby smell, the gurgles. The complete innocence where I am the best person on Earth for someone. If I had the choice again – to have a baby or stay where I was in my career, I wouldn’t change it. 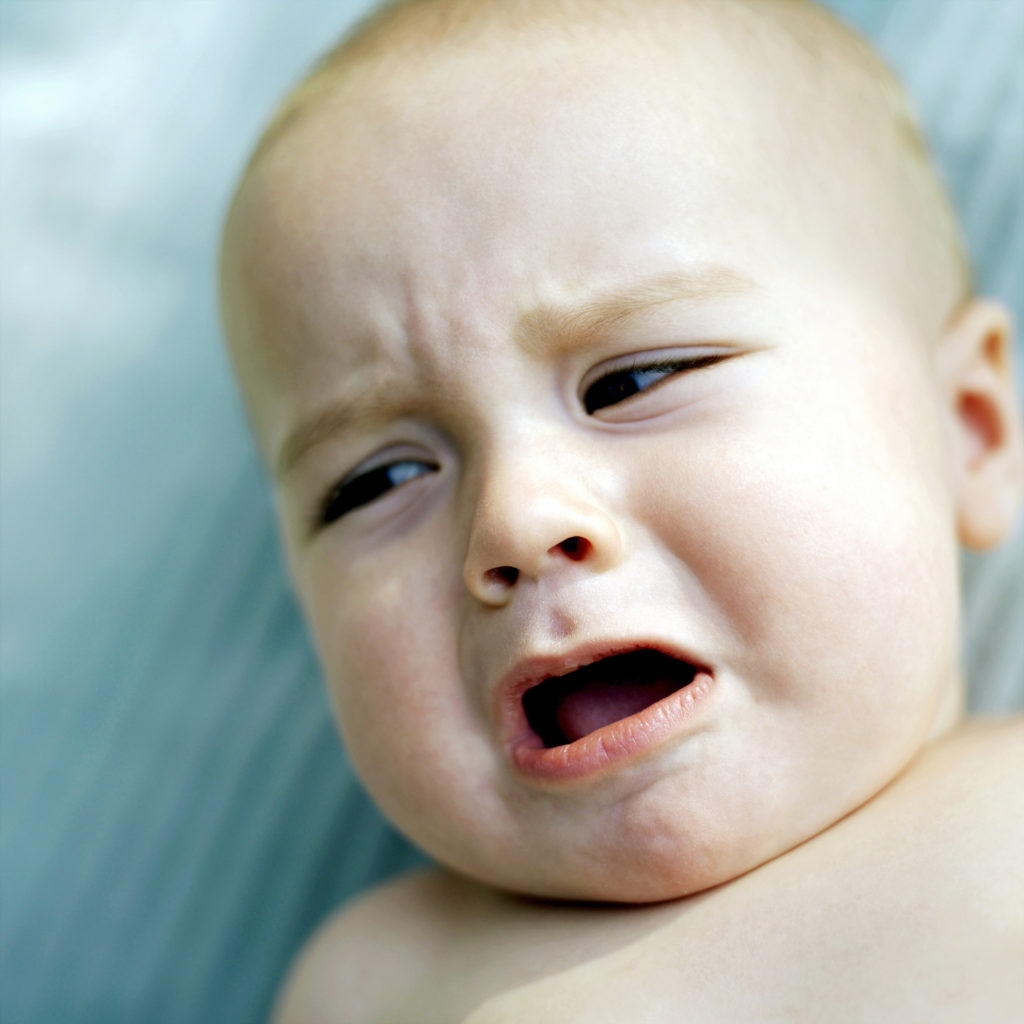 What drove me to tears and often still does was the isolation and lack of help that. The lack of village around me. How many times do we hear the phrase “it takes a village to raise a child”? Where’s the village in the 21st Century and what replaces it?

See, as a “millennial”, I am also a product of my circumstances. I am Romanian, I moved to France as an Erasmus student where I also started a career. Then I met my English husband and we moved to the UK. Such a scenario is more frequent these days than in the past with children moving away from their hometowns in search of their own careers, carving out their place in life. And the choice and opportunity to do so is important and the sign of an evolved society. My example is specific but also consider the couple who meet at a University already far from home and decide to relocate further still. Or the couple that move further from their ‘village’ to secure a better paying career. There are a million variables that have dismantled the concept of the “village”.

But then they find themselves living either very far from their own families in times of need and when you add the factor that many women today decide to have their children later in life – their parents are older without much possibility to help (or even willingness in some cases).

Now, culturally to me this was a bit of a shock. In many ways Romania is still quite a traditional society and grandparents are actively involved in their grandchildren’s lives. Now I am not going to speak about the pros and cons of this fact here. My grandparents took care of me for quite a long time. I never experienced separation anxiety as my grandmother was a very loving grandmother. She had been there since my birth and most of the times much more relaxed and permissive than my parents!

The loss of this village, this traditional support network can prove crushing. Many a parent has found themselves feeling lost and alone and wondering if they haven’t made a terrible mistake having a child. Again, though, balance is important. Because the same modern world that lead to the decline of the “village” also opened up other types of villages. Online communities, forums, Facebook groups that helped my sanity, supported me and confirmed I wasn’t doing too bad a job. The modern ‘extended’ family of friends and the ability to talk to distant relatives on Skype. All of these can help form a sort of surrogate village while allowing us to enjoy the freedoms and advantages that we moved away from the traditional village to chase.

What I’ve Learnt so Far from Parenthood

Parenthood can seem like this long marathon. Messages from the press, from peers at work, from society in general that you should by all means do your best to have children don’t help. Let’s fulfil a society quota! Have someone contribute to our retirement pots! Have your children take care of you when you’re old or just “be in the norm”.

And I think that right there is the problem. The constant demands but with no one being there for parents or giving the opportunity for perspective. Demands from society to have children. Demands from parents to have grandchildren. The actual demands of parenting. Demands from companies to be a good employee. Demands we put on ourselves to be perfect. And as we know that perfection doesn’t exist and end up feeling at fault when we don’t meet up to those expectations, something needs to give. Otherwise we’ll end up beating ourselves up for not meeting those demands and end up thinking having kids was the worst decision we made.

As a parent myself I was a bit thrown off by some comments on social media, around this topic and the rise in those “worst decision you can make” articles that only focus on the negatives. So, through joys and struggles, here’s what I’ve learnt:

As parents we need to reclaim the middle ground. The reality between those two extremes of ‘picture perfect’ and ‘worst decision ever’. There’s enough pressure on parents as it is. We need more portrayals of the reality, those social media feeds that show it warts and all – tears of frustration as well as tears of pure joy.

There is no way to pretend that having a child is all sitcom-style bliss. But it’s not all “You Made A Mistake” article crap either. It’s both and you can’t shut off the bad stuff without losing the good. You have to take the rough with the smooth, and those challenges can make the joys oh-so sweeter.Is parenthood a gentle stroll to the mall? Hell no. Is it rewarding? Hell yes!

To conclude on a funny note, enjoy this Michael McIntyre clip about having children:

Linda is the Founder of Rainy Days Fun. If you’re wanting a one stop shop for anything related to rainy day activities then you’ll want to head to her site. Follow Linda on Facebook, Instagram or head directly to her website Rainy Days Fun.