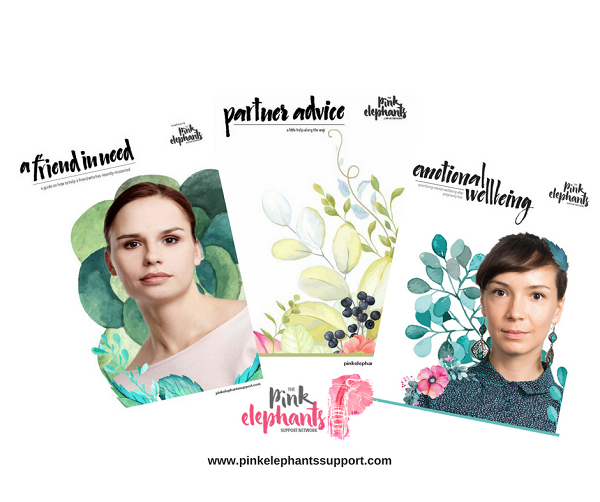 “Miscarriage may be an individual journey but it is not one that should be walked alone.”
The Pink Elephants Support Network

Miscarriage is defined as the loss of a pregnancy before 20 weeks, with the majority of losses occurring in the first trimester. Sadly, this means that in Australia, 1 in 4 pregnancies will end in miscarriage – a statistic that continues to surprise many. In fact, chances are that either you or someone you know, has experienced miscarriage or pregnancy loss.

Why is it then, that miscarriage is still shrouded in so much silence? Yes, in recent years more and more celebrities have come forward and shared their stories of loss, but by and large, it still remains an elephant in the room and something that is not openly discussed. In fact, the vast majority of women continue to hide their pregnancies until they reach 12 weeks….just in case.

Not talking about it encourages myths and false beliefs around miscarriage and induces feelings of shame among women that they have somehow failed or done something to cause it. If we could just open up the conversation more, talk more, share more, then not only would there be a greater understanding in the wider community around miscarriage, but also those experiencing it would feel less isolated and alone in their grief.

Of course, we’re not suggesting you should shout your pregnancy from the rooftop the minute you take a positive test, but at least by telling those closest to you, if the worst were to happen, you’d be supported.

Let’s take a look at some of the most common misconceptions about miscarriage and early pregnancy loss. 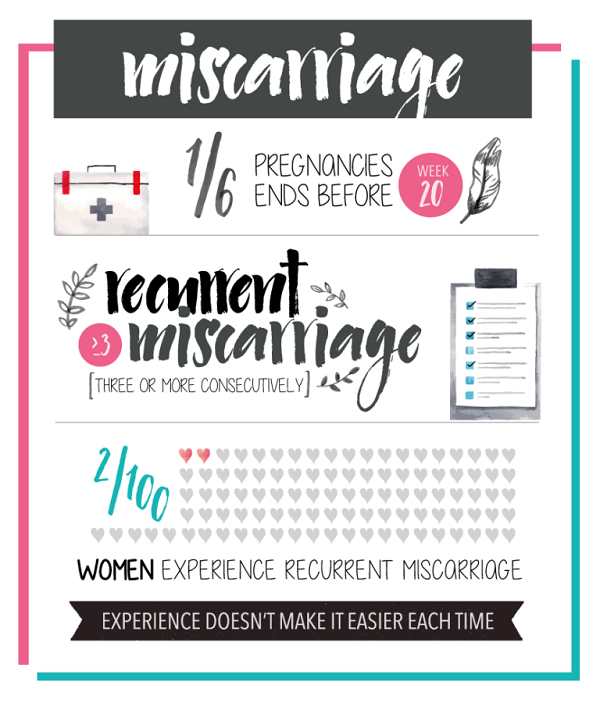 Unless you have been through a miscarriage yourself, it can be hard to understand the level of grief that many women experience as a result. In fact, many people cannot fathom that you can grieve someone you’ve never met, particularly at such an early stage. Yet the fact that there is no tangible baby for the world to see, does not make it any less real or worthy of grief. Not only have you lost the life growing inside you, you’ve lost the hopes and dreams for the future associated with that life.

Other factors contributing to the level of grief a woman might experience after a loss are things like how long it’s taken her to fall pregnant; if the pregnancy was the result of IVF; if there has been a long and complicated fertility journey; if it was their ‘last chance’. Or maybe, there are no extenuating circumstances and the woman is just completely and utterly devastated – and that is completely ok.

It’s important to note that grief that is not recognised or supported can actually be very detrimental to the woman experiencing it. Studies are starting to show that the incidence of PND or PSTD are higher in women who have experienced loss, particularly when they have not felt justified in their grief. So even if you don’t understand the grief that you can see your friend or loved one is experiencing, please just acknowledge it. Allow them to feel justified in the heartbreak they are feeling. It will help more than you know.

You don’t want to talk about it

Obviously, if no-one knew you were pregnant in the first place, then they will not know that you’ve had a loss and therefore can’t offer support. However, even in cases where people do know of your loss, they may assume that you don’t want to talk about it because you’ll find it too upsetting. Or, that you’d rather just move on and forget it happened. And this may well be the case for some women. However, many women DO want to talk about it and express how their sadness. They want to talk about their baby and the dreams they had for it. They want to vent about how unfair it is and ask why….why did this have to happen?

And remember if they do want to talk and you’re the person they’ve chosen to open up to, the absolute best thing you can do is listen. Listen and tell them how sorry you are. Reassure them they did nothing wrong, and if appropriate give them a big hug.

Oh, and once you actually do open up to people about your loss, you’ll be surprised at the number of women who will say, ‘I understand, I’ve been there too.’

Spotting/bleeding is actually quite common in early pregnancy, occurring in up to approximately 40% of cases. This appearance of blood can be anything from a few spots to heavy gushes, and it will frighten the life out of you when you see it, but thankfully most of the time, it’s nothing to worry about. Let your doctor know and rest up for a few days and don’t be afraid to ask for an ultrasound to put your mind at ease.

In the same way that not all bleeding means miscarriage, the absence of blood is not always a guarantee that everything is ok. The term ‘Missed Miscarriage’ is when a pregnancy has stopped being viable but is not discovered until a routine ultrasound. Usually, the woman will still be experiencing pregnancy symptoms and is unaware that anything is amiss. It is a terrible shock to attend an ultrasound appointment expecting to see a wriggling baby on the screen, only to find out your baby has no heartbeat – sometimes having died weeks before.

It happened early, it wasn’t a real baby

Well, this one comes down to personal beliefs – or rather, those of the woman who has miscarried. Overwhelmingly though, it’s fair to say that to the woman who saw two pink lines on a pregnancy test, who has been daydreaming about what the new life inside her might look like, who is planning her maternity leave, and whose body is already undergoing physical and hormonal changes – it most definitely was a real baby. A very much wanted and loved, real baby.

Additionally, in an effort to make you feel better, people tend to use platitudes such as, ‘Well at least it happened early,’ or, ‘It’s for the best, there was obviously something wrong with it,’ or, ‘It was nature’s way of taking care of things.’ And while, yes, in a totally logical and pragmatic way these things may be true, it is the last thing a woman needs to hear when she is mourning her loss. To her, no matter what, her baby – her real baby – was perfect and now has gone.

“I was losing my baby. I was losing a life I loved. Like most women, I had calculated the baby’s due date and jumped ahead to the baby’s birth. At six weeks gestation, it was only the size of my pinky’s fingernail, but I loved each and every one of those precious cells.” 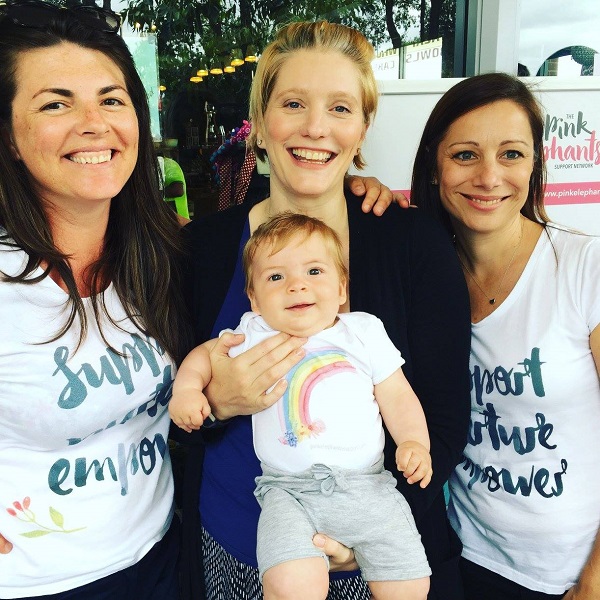 If you’ve had one miscarriage, you’re more likely to have another

If you’ve suffered a miscarriage and then become pregnant again, it’s natural to feel anxious about having another miscarriage. You will obsessively check the toilet paper each time you go to the loo, praying that there will be no blood on it. You will over analyse each and every twinge. You will question your symptoms or apparent lack thereof. You will be on high alert until the pregnancy progresses and you pass each milestone and are eventually able to get yourself breathe again and believe that you are actually having a baby.

Statistically, the chance of having a miscarriage a second time is no different than it was before the first one. However, after two miscarriages, your risk of having another is slightly increased, and after three, it increases again. It is normally at this point where you are defined as suffering from ‘recurrent miscarriage’ and are referred to an early pregnancy clinic, obstetrician or fertility doctor for specialist testing.

You must have done something wrong

This would have to be one of the more poorly understood and utterly incorrect myths. Miscarriage rarely ever happens because of something the mother did or didn’t do. The most common cause of miscarriage is a chromosomal abnormality in the baby which is a chance occurrence and not because of any perceived wrongdoing by the mother.

The chance of miscarriage is higher the older a mother is and it is well documented that our fertility declines over the age of 35. However, even for women between the ages of 35 and 40, the chances are still far higher that you will have a healthy pregnancy. For women over 42, there is almost a 50% chance that she will miscarry, given the natural decline of our fertility and quality of our eggs.

These things DO NOT cause miscarriage:- sex, exercise, stress, lifting other children, a previous abortion, having a cold, having a warm bath, having a few drinks before you knew you were pregnant, one or two cups of coffee a day.

It stands to reason that if any of the above things occurred and you miscarried not long after, you would, of course, wonder, what if? What if that’s what caused it? But every piece of evidence out there shows that this is not the case. Please don’t blame yourself. You did nothing wrong.

Miscarriage is rare (and preventable)

Miscarriage happens in about 15-20% of all known pregnancies, with most occurring in the first trimester. Home pregnancy tests can be taken so early these days that women are discovering they are pregnant earlier than ever before. As a result, in some cases what may otherwise have just seemed like a heavy period that was a couple of days late, is now recognised to have been an early loss or a chemical pregnancy.

Unfortunately, the continued silence around miscarriage only serves to support the misconception that miscarriage is rare. It becomes a vicious cycle in some respects as the less its spoken about the seemingly rarer it is understood to be. In the same way, the lack of awareness around the incidences of miscarriage seems to also include that miscarriage is preventable, which in turn perpetuates the guilt and shame that women feel and encourages their reluctance to talk about it.

In the vast majority of cases, a miscarriage is NOT preventable, and in the few cases that it may be (or may have been) it would be due to things like blood clotting disorders and the like, which can be resolved in future pregnancies.

The often-forgotten ones in the miscarriage experience are our husbands/partners. There is no doubt that women and men experience grief differently and just because your partner is not falling apart in a heap, doesn’t mean they are not also heartbroken. So much of the focus is on the woman and her physical and emotional wellbeing, with partners traditionally taking on the role of the ‘strong’ ones and as a result, they can be inadvertently left to grieve alone. If you know a couple who have experienced miscarriage or pregnancy loss, don’t forget to check in with the partner and give them an opportunity to share their feelings. They will appreciate your support.

“You will never feel like more of a bystander than when you don’t see a heartbeat on the ultrasound monitor. That was the worst part for me, the utter helplessness, knowing that there was no way to stop my wife’s suffering or my own.”

The Pink Elephants Support Network is a not for profit charity, formed to support, nurture and empower women through miscarriage and early pregnancy loss. You can find them at www.pinkelephantssupport.com or via Instagram and Facebook

Free downloadable resources are available on their website and their Miscarriage Care Kits are currently being distributed across hospitals in NSW.